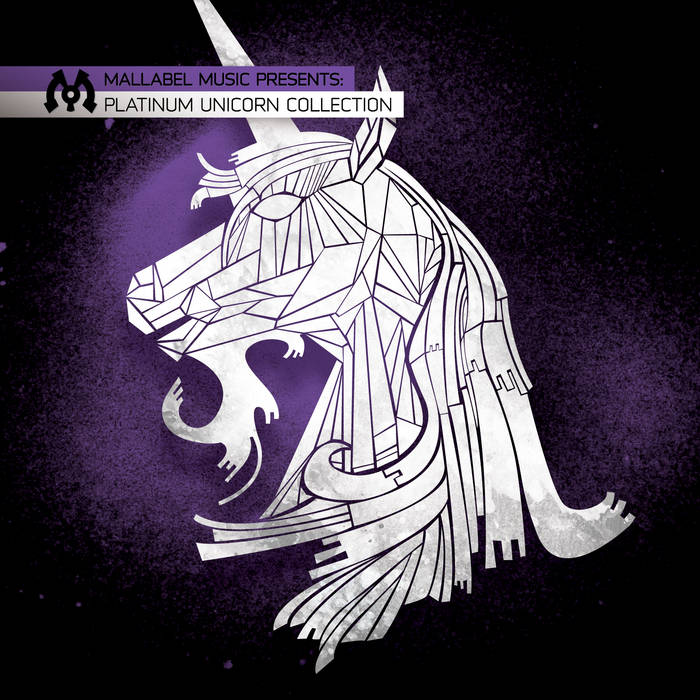 In commemoration of their 25th release and two amazing, action-packed years of peddling some of the most original and diverse underground bass music artists from around the globe, MalLabel Music, founded by former music promoter and San Francisco resident Mal Harper, has created an amazing anthology of their most successful work. Boasting a rather hefty 15 tunes, the compilation sports some of the industry’s most recognizable artists and a name that rolls right off the tongue: The Platinum Unicorn Collection, a nod to label owner Mal Harper’s favorite mythological creature.

The Platinum Unicorn Collection rolls tough right out of the gate, starting off with a new west coast classic, “Purple Gangsta,” remixed by the one and only don of dubstep, DZ. Next on the hit list is Minnesota’s “Meow.” Minnesota has had quite a year in the industry, and should be recognized by anyone following the game. LA veteran 6Blocc’s “Bad Boy,” reworked by San Francisco’s Blackheart, drives home anthem basslines that keep the release flowing. “This One Called Dub” by Skulltrane, MalLabel’s first single, follows next and then comes Bass master Downlink’s “Deep Space,” which carries the distinction of being one of two tunes the label has made videos for.

Udachi’s banging remix of the incomparable Mochipet’s “For When The World Ends” weighs in and continues the directory of dominating production. The Widdler’s spaced-out and rocking tune “Flexstar” makes an appearance next, followed by Bakersfield duo HD4000 with their dark and sinister “Jekal.” Toledo, Ohio bad man Ceeker’s “Body Rocker,” refixed by Colorado great Zeno, is next on the comp.

Helicopter Showdown follows with their signature beefcake sound on a banger called “Get Tuff.” This San Francisco quartet has made a huge splash in the pool of the bass music industry in the last year. Konekta, one half of up- and-comer duo Free Crush, hits hard on the next tune with his remix of Mycho Pan Cocoa’s “Drugs in My Pocket,” followed up by Zombie-J’s massive crusher “Gristle.”

Next up on the bill is Germany’s funky bass technician Mr. Boogie’s solid banger “Woodpecker,” followed by East Coast killer The Frim’s remix of Free Crush’s “Hammer Down.” Finally, closing out the compilation is “Rolling With My Crew” by El Diablo featuring vocals written by Mal herself. This tune has the distinction of being the first video MalLabel released, and has become a veritable theme song for the label.

In the world of underground dance music, labels come and labels go. Some forever change the face of the game, while some fizzle and fade away without so much as a hit.

“The Platinum Unicorn Collection is a celebration of my first two years and 25 releases,” explains Mal, who spent her early 20s promoting her events in the Bay before starting her own label. “I want to continue to fill dance halls with a distinctive and commendable catalog of killer tunes for years to come!”

Bandcamp Daily  your guide to the world of Bandcamp

Cannibal Corpse's George "Corpsegrinder" Fisher stops by for an interview