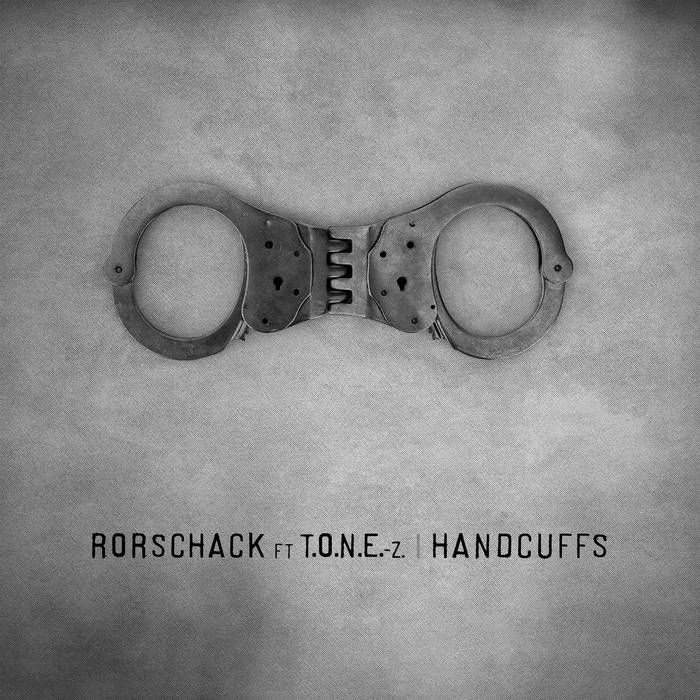 The track 'Bartab' tackles the subject of meeting that someone special, followed by 'Handcuffs' which portrays the difficulty of even approaching that special girl without getting called on the game you ain't even tryin' to play. 'Computer Luv' is a chill ride through a tripped out soundscape. 'Naked She Was' is a wonderfully introspective treasure of sound to round off this profound collection.

The pair connected last July when Rorschack was working on a peace project. "I had a track called Disaray," explains Rorschack. "When I needed a rap verse, a friend sent me some of T.O.N.E-z past work and I knew he was the right one."

Noam Aharon a.k.a Rorschack was born and raised in Israel, but spent years exploring the music scenes of Italy, Spain, and Berlin. He lived in Kolkata, India, where spent four years learning from the great master mandolin player S. Mojumdar, an international pioneer in the indo jazz world fusion. When he returned to Israel, he brought with him his unique talent and musical knowledge he had learned combining Middle Eastern, Indian music and Funk Rock elements. In 2008, Rorschack relocated to California and decided to venture into the electronic music production world, while designing electric guitars with the company Visionary Instruments. Over the years he has worked and recorded with Mark Eliyahu, David D’or, Patrick Sebag, Fanna Fi Allah, Ustad Dildar Hussein of Nusrat Fatah Ali Khan, Akara, and SaQi, as well as performed with Steve Kimock, Random Rab, and Emancipator.

Signed to Select Records in the 90s, rapper T.O.N.E.-z has been making music for the past decade, most recently for TV shows like MTV's 'Bucwild' and Fox's 'Bones.' In 2011, he made the theme song for the FX television series 'Justified,' and is the fist rapper nominated for an Emmy for his work on the series.

Bandcamp Daily  your guide to the world of Bandcamp

Cannibal Corpse's George "Corpsegrinder" Fisher stops by for an interview